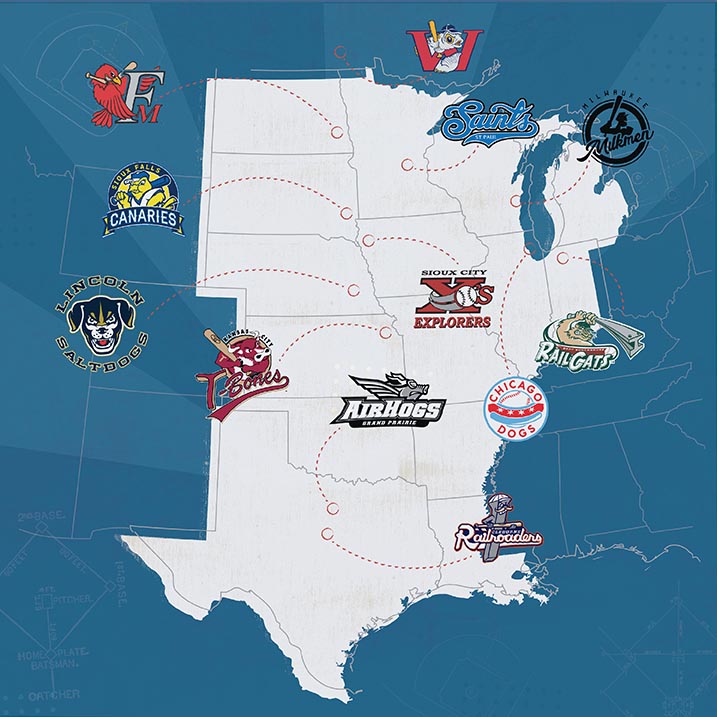 This is the first installment of an 10-part series that will lead up to the start of the 2019 regular season.

The calendar’s flipped to March and the Saltdogs are just over two months away from their return.

Of course, there’s nothing like a night out at Haymarket Park and we’ve got 50 more of those upcoming.

But the American Association is one of the baseball’s unique treasures — and with so many cool and interesting cities within, it can make for quite the vacation or quick weekend getaway. Because of that, we’re going to look at each of the 10 cities the ‘Dogs will visit in 2019.

OVERVIEW: We’ll kick off the American Association Visitor’s Guide with the first stop of the 2019 regular season, and the closest opposing ballpark in the entire league: Sioux City, IA.

One of the great things about the league is just how different each and every ballpark really is. If you want to experience a trendy environment within a big city, head to St. Paul. If you want to hang out with fans almost exclusively fixated on balls and strikes, head up Winnipeg.

But if you want a quiet and quaint night within the American Association, Mercy Field at Lewis and Clark Park is your best bet.

With a ballpark situated smack-dab in the middle of rolling plains just off of Highway 20, the ballpark almost exists in its own world – surrounded by the roadway beyond the left-field fence but also a dense population of trees out beyond the right-field wall.

THE STADIUM: Mercy Field is situated just off of Highway 20 and ends up being just about a 10-minute trek from downtown. It’s pretty far removed from the epicenter of Sioux City without being too difficult to get to, and the interstate makes it that much more accessible.

The ballpark itself is one of the league’s smallest – but is home to one of the most dedicated fan bases. The Explorers have a pair of 70-plus win seasons over the last four years, yet haven’t won a league title in their 25 years of existence. Still, the folks that venture to one of the quietest parts of town for games at Mercy Field maintain their allegiance to one of independent baseball’s steadiest organizations.

Sometimes the park feels big, other times it feels small – and almost always seems indicative of the way the wind is blowing. The dimensions are symmetrical, meaning the fence height and depth is the exact same all across the outfield, but on any night the south wind prevails it feels much shorter down the left-field line. 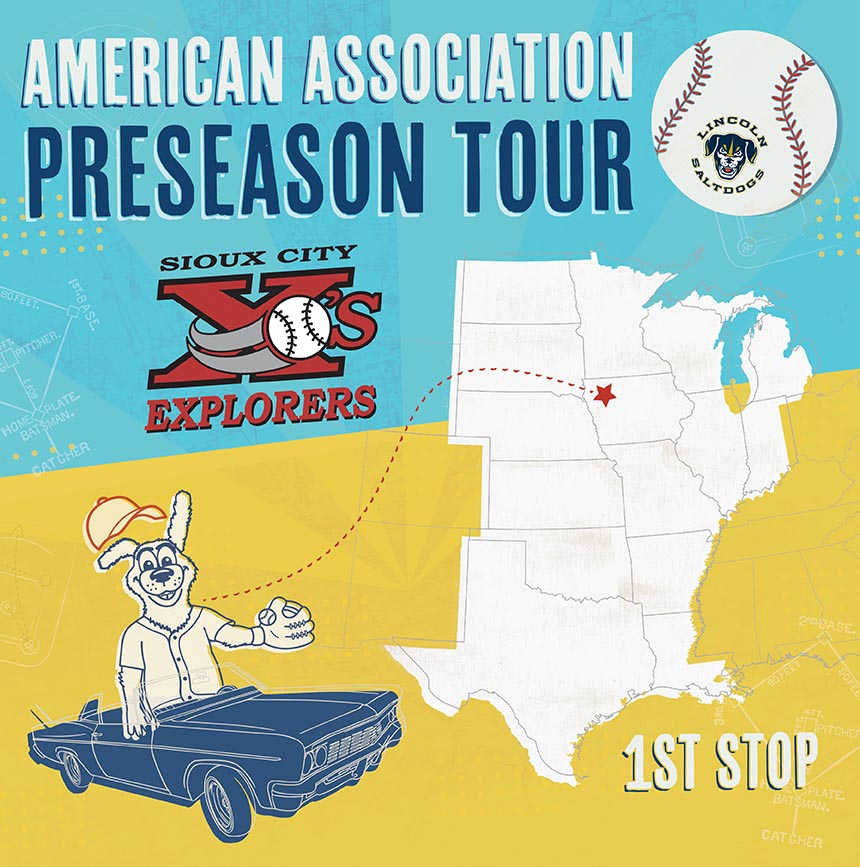 THE CITY: Sioux City, as most Nebraskans know, straddles the state line of Iowa and Nebraska by the slimmest of margins and there’s about a 98 percent chance you’ll visit both sides of the border multiple times during your visit.

The city’s epicenter is right on the river, which opens up to a picturesque view of a downtown with so many things to do and places to visit.

It seems like much of the nightlife revolves around the Hard Rock Hotel and Casino, and with the stage built around the backside of the building, Sioux City has earned visits from plenty of big-name musical acts during the recent summers – adding to the ledger of possibilities downtown.

There are also plenty of family-friendly activates to enjoy during your stay, including a handful of interactive and intriguing museums to go along with theaters and memorials to spend some time. If the timing is lucky enough, perhaps another act with the stature of Elton John or Fleetwood Mac will roll through the Tyson Events Center on a summer evening.

From eateries to bars and game tables, the home of the Explorers offers a plethora of noteworthy things to do if you arrive a night early or stay a day later.

‘DOGS ALL-TIME RECORD IN SIOUX CITY: Few independent baseball rivalries have as much history as the ‘Dogs and X’s do — and the Saltdogs’ 230 games against their proximal rival are more than any other opponent in the team’s history. Lincoln is 57-51 all-time at Mercy Field, but the X’s own the overall series record 117-116.