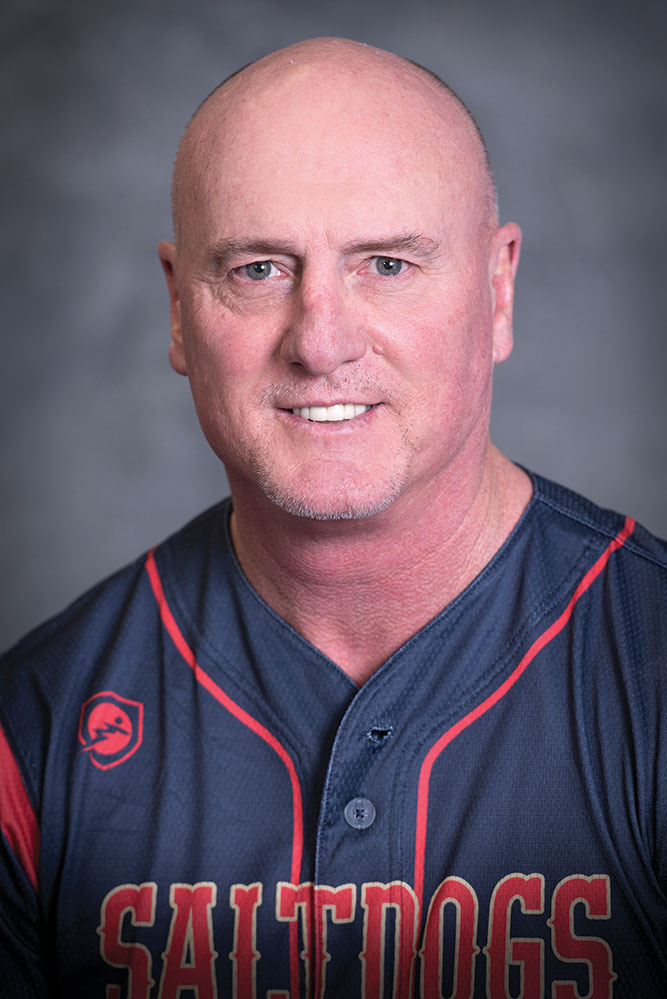 Veteran coach Tommy Gregg is joining Brett Jodie and the ‘Dogs for his first season as the club’s hitting coach for the 2021 season.

Gregg, 57, has over three decades of experience in pro baseball and spent most of the last decade as a hitting coach at the Triple-A level, including eight years with nearby Omaha.

Gregg was originally hired as part of James Frisbie’s staff for the 2020 season, but was retained after that season was canceled due to the COVID-19 pandemic.

“I can’t tell you how excited I am to be a Saltdog,” Gregg said after he was hired. “I’ve been in professional baseball for 33 years and this is as excited as I’ve been about going into a season. I’m looking forward to meeting everyone involved with the ‘Dogs and I’m excited about helping bring a championship back to the organization and community of Lincoln this season.”

Gregg is a product of Boone, NC and spent parts of nine seasons in Major League Baseball with the Pirates, Braves, Reds and Marlins. He hit .243 with 20 homers in 446 big-league games. He was a seventh-round pick of the Pittsburgh Pirates out of Wake Forest University in 1985.